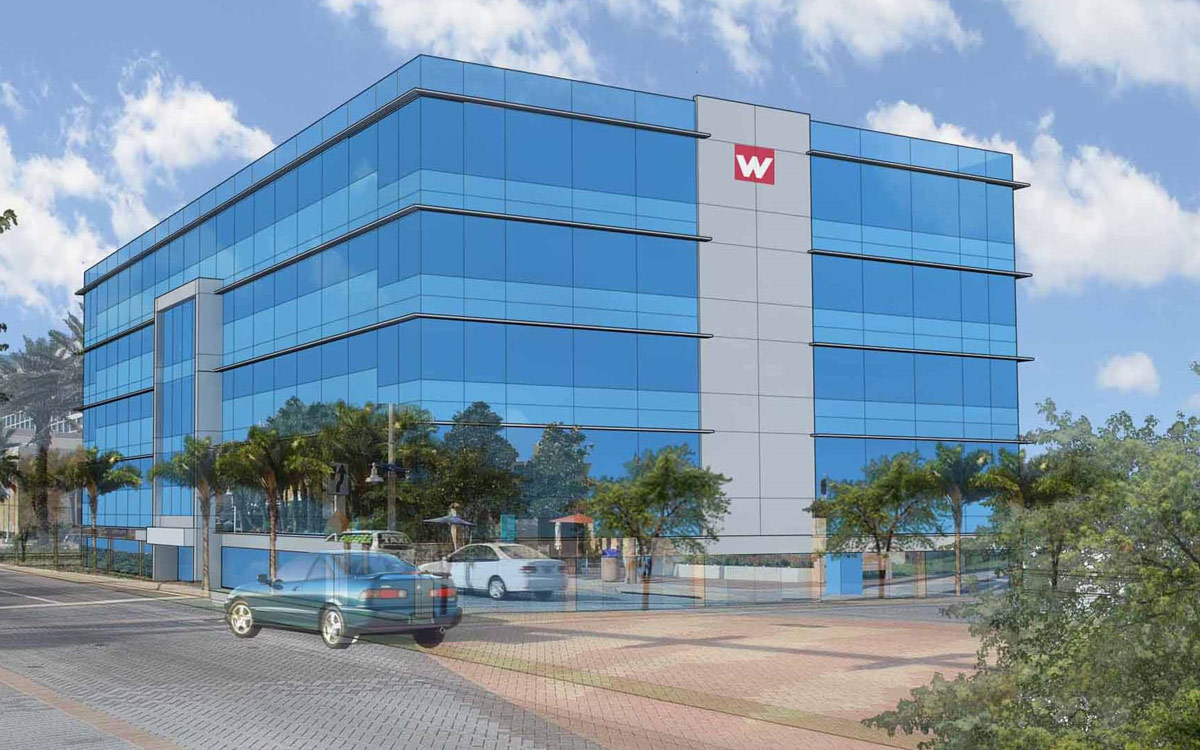 Flint Michigan based West Second Street Associates has acquired a 118,000 sf office building from AT&T. Located at 500 N. Orange, the property is only 300 feet from the new Lynx Rail Station, at the same intersection as the 23 story Orange County Courthouse, and immediately across the road from the recently proposed Orlando Sentinel redevelopment project.

An existing office building constructed in 1980 currently resides on the 2.25 acre site. “We have developed architectural renderings that include a new glass curtain wall for the building” said John Pavone, Director of Business Development for West Second Street Associates.

“The building has great bones that we can leverage in a remodel. We can deliver a 100,000 sf block of Class A space to the downtown Orlando CBD, faster and more economically than anyone else.“

“We have created a niche in acquiring non-core assets that have been deemed surplus by Fortune 500 sellers” -Pavone stated
WSSA is known within industry circles as one of the nations largest privately-held developers of properties for the General Services Administration (GSA). The General Services Administration is the leasing arm of the Federal Government.
“Over the course of the last several years, we have been actively diversifying into other asset classes. We have been purchasing apartment communities, and other strategically located properties, in an attempt to reposition our business and create additional value.” – said Pavone

In a similar transaction , WSSA purchased the former World Headquarters of Regions Bank in Birmingham Alabama. Vacated following the merger of Regions Bank and AmSouth Bank, the Regions Plaza building boasted 218,000 sf in an 18 story structure. Standing in the shadow of the 34 story Wells Fargo Tower and 30 story Regions Center building, the Regions Plaza Building had a similar “Main and Main” location in the CBD of Birmingham Alabama. The Plaza was quickly leased to the health insurance provider of the University of Alabama at Birmingham (UAB) known as Viva Health.

“We have successfully repositioned much larger assets . We believe this opportunity to be very similar to our acquisition of the former Regions Plaza building, except this site lends itself to other uses besides office. It’s no secret that downtown Orlando is a hotspot for urban residential development. We now own a site with almost identical dimensions to the ultra -successful Central Station development (located immediately across the street). Based upon the current zoning, which permits structures up to 400 feet in height, we could potentially develop a 900-unit residential tower anchored by ground floor retail.”

“We are currently in discussions with many interested parties. One thing is certain, we are extremely excited about the future of the property!” Pavone said.