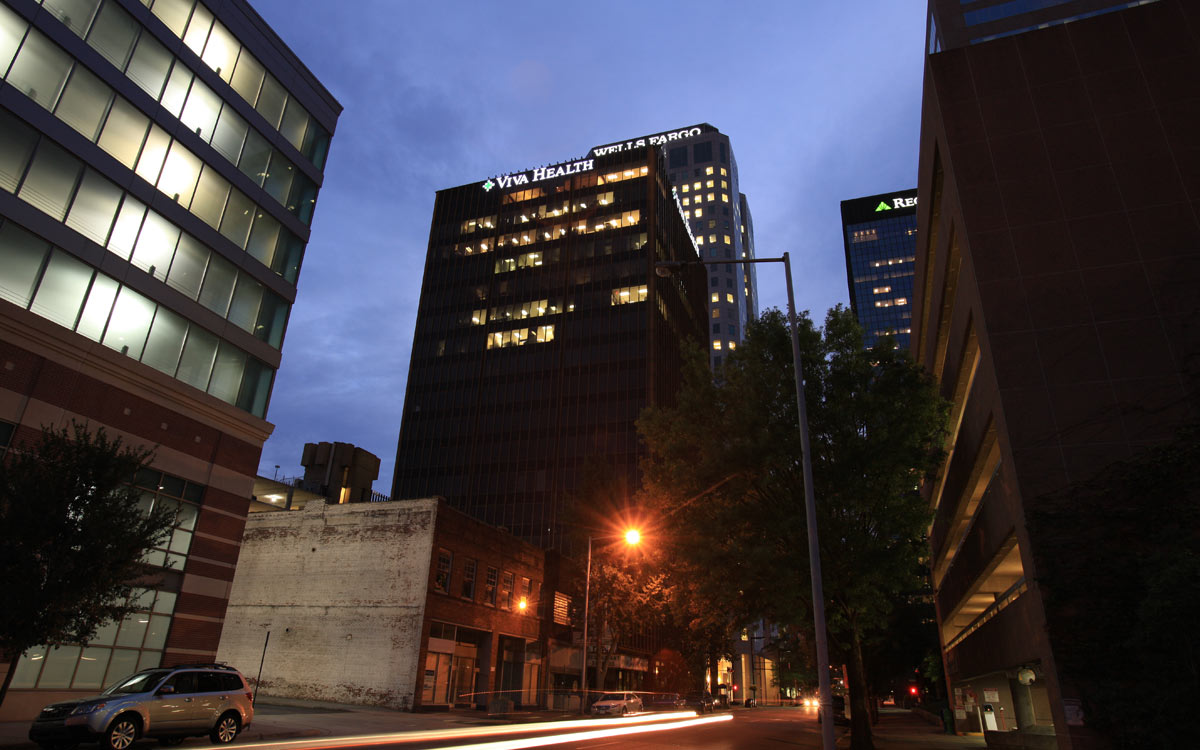 18-story Regions Plaza and is actively seeking office tenants, putting the final nail in the coffin for a Birmingham developer’s three-year plan to turn the property into a $61 million luxury hotel.

Efforts to reach the broker listed on the sales flier were unsuccessful Tuesday.

The office tower at 417 20th St. North will get new life after being vacant for three years when Regions Financial Corp. moved the last of its employees to the larger Regions Center at the opposite corner of Fifth Avenue North and 20th Street following its merger with AmSouth.

West Second Street specializes in leasing and developing space to federal offices through the U.S. General Services Administration. However, the sales flier declares all of the 218,000-square-foot building is available for lease.

The firm’s purchase of the Regions Plaza ends all hope of Harbert Realty Services’ grand plans to transform the office tower into a Marriott Renaissance Hotel. The real estate company tried to put together financing that would have created a 261-room, four-diamond hotel with a 2,100-square-foot Marriott Club Lounge on the top floor, a Starbucks coffee shop in the lobby and a grand ballroom on the second floor.

Efforts to reach an official with Harbert Realty were unsuccessful Tuesday.

Regions would not disclose the actual sales price Tuesday.

Birmingham officials have said a number of federal agencies are in need of new space and anticipate most or all of them will locate downtown in keeping with a presidential order that requires the GSA to exhaust opportunities in a city’s core before exploring suburban options.

In October, the GSA agreed to lease 47,000 square feet in the Financial Center on the opposite side of Fifth Avenue North from the Regions Plaza. That space will house displaced workers from the Robert S. Vance Federal Building & U.S. Courthouse while it undergoes a $42.5 million renovation for the next three years or longer.

Other GSA projects looking for space in Birmingham are:

U.S. Department of Labor and the Bureau of Mines looking to share 20,000 square feet.

The firm’s marketing flier says the building, built in 1974, can be leased in increments as small as 11,695 square feet and as large as the entire building, at annual rates between $15 and $30 per square foot.

“Locate on the best corner in the State of Alabama!” the flier exclaims. “Instantly obtain the ‘downtown presence’ that you have been looking for. Signature office building available in total or in part. Prime retail space available in the lobby.”

The flier said a tenant would also have the ability to brand the building with its own signs and said the property is on “Main and Main” in downtown Birmingham.

Join the conversation by clicking to comment or e-mail Tomberlin at mtomberlin@bhamnews.com.